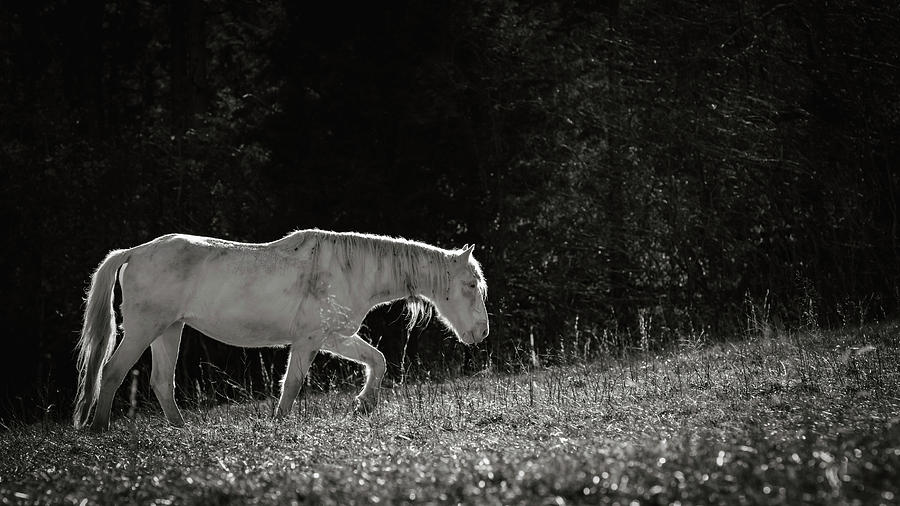 Life is an Uphill Battle

Life is an Uphill Battle

The wild horses of Missouri have faced an uphill battle to survive. It wasn't that long ago that a group of concerned citizens had to do legal battle with the federal government, who wanted to eradicate the wild horses from the Ozarks. The group's legal battle resulted in a law, signed by President Clinton, allowing the Missouri Wild Horse League to oversee/manage the four herds and small bands roaming the hills of Shannon County. The League maintains the herd size at fifty animals, with animals being adopted by horse lovers rather than face the slaughter the government would have imposed.

The herds roam the hills of Shannon County, often seeking refuge in the woods, but are easily spotted when they are in the fields. This is one of the mares from the Shawnee herd in December 2018.

Congratulations your stunning work has been featured in Kingdom Animalia and chosen for the Best of the best gallery, you can now add your work there, under discussion tab !! l/f/p

Congratulations! Your outstanding artwork has been chosen as a FEATURE in the “The Gray Scale Outdoors” group on Fine Art America — You are invited to post your featured image to the featured image discussion thread as a permanent place to continue to get exposure even after the image is no longer on the Home Page.