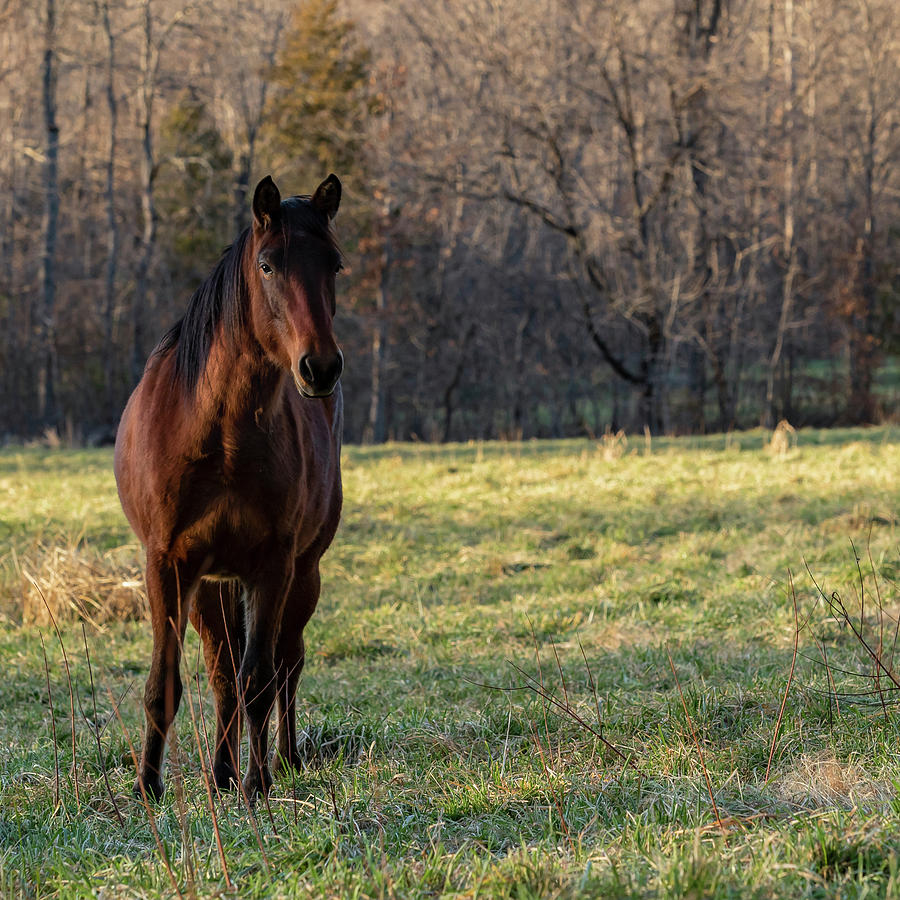 This beautiful chestnut colored horse is unlike many of the wild horses in Missouri. She may be the descendant of a Bay that was released with the horses in hopes he would "go wild," but he has since disappeared. People fail to realize that domesticated horses do not tend to fend well without the intervention of humans.

This beautiful mare, however, seems to get on just fine within her herd.

The four herds roam the hills and fields of the Mark Twain National Forest and its riverways. People who kayak the rivers in the area often encounter the horses in the river during the summer heat. The herd's population is managed by the Missouri Wild Horse League, but they do not interfere with the daily life of the horses. When the herds reach a total of 50 animals, the League steps in to round them up and adopt them to horse lovers.

CONGRATULATIONS! It is my great pleasure to FEATURE your amazing artwork on the homepage of the Artist Group No Place Like Home, 3/3/2019! You are invited to post it in the Group's Features Discussion thread for posterity or any other thread that fits!