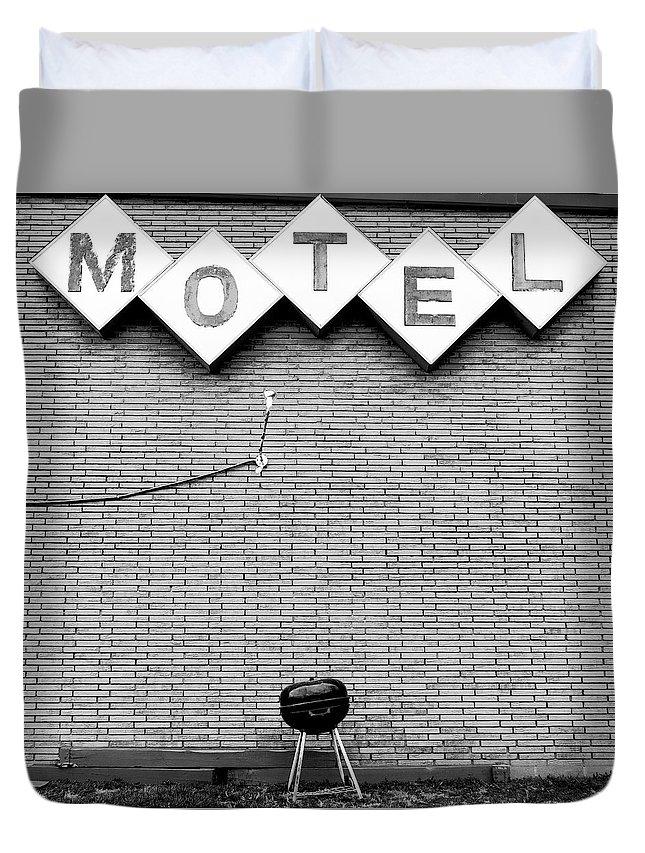 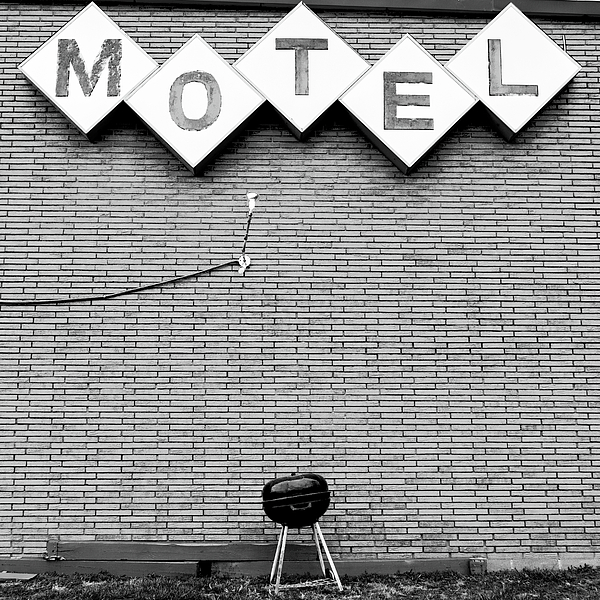 Queen duvet cover (88" x 88") featuring the image "Room Service Available" by Holly Ross. Our soft microfiber duvet covers are hand sewn and include a hidden zipper for easy washing and assembly. Your selected image is printed on the top surface with a soft white surface underneath. All duvet covers are machine washable with cold water and a mild detergent.

I had admired the letters on the side of this motel for a while. On a recent trip that took me past this location, the Bonneville Motel in Bonne... more

I had admired the letters on the side of this motel for a while. On a recent trip that took me past this location, the Bonneville Motel in Bonne Terre, MO, I noticed there was a grill sitting outside under the lettering. Well, I knew I had to stop and had the name of the photo before it was even shot. (c) Holly Ross 2017