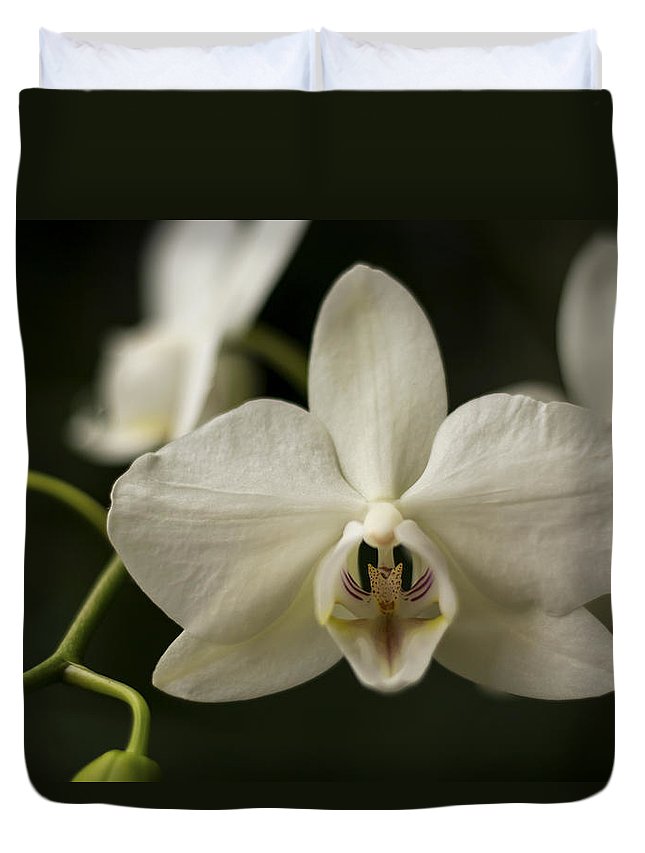 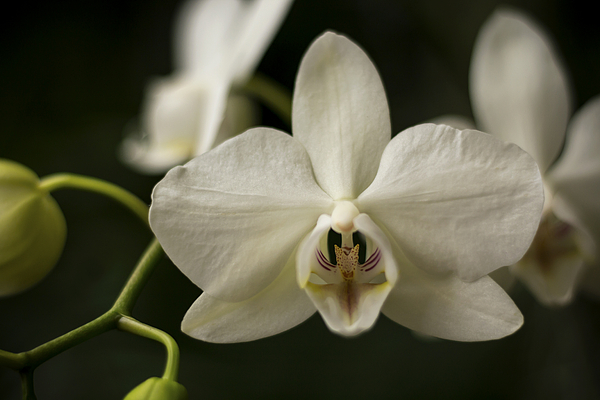 Queen duvet cover (88" x 88") featuring the image "Orchids" by Holly Ross. Our soft microfiber duvet covers are hand sewn and include a hidden zipper for easy washing and assembly. Your selected image is printed on the top surface with a soft white surface underneath. All duvet covers are machine washable with cold water and a mild detergent.

Orchids are some of the most interesting flowers. Quite often, one can see faces deep inside them or little alien looking features. This shot was... more

Orchids are some of the most interesting flowers. Quite often, one can see faces deep inside them or little "alien" looking features. This shot was taken February 15, 2016. (C) Copyright Holly Ross 2016