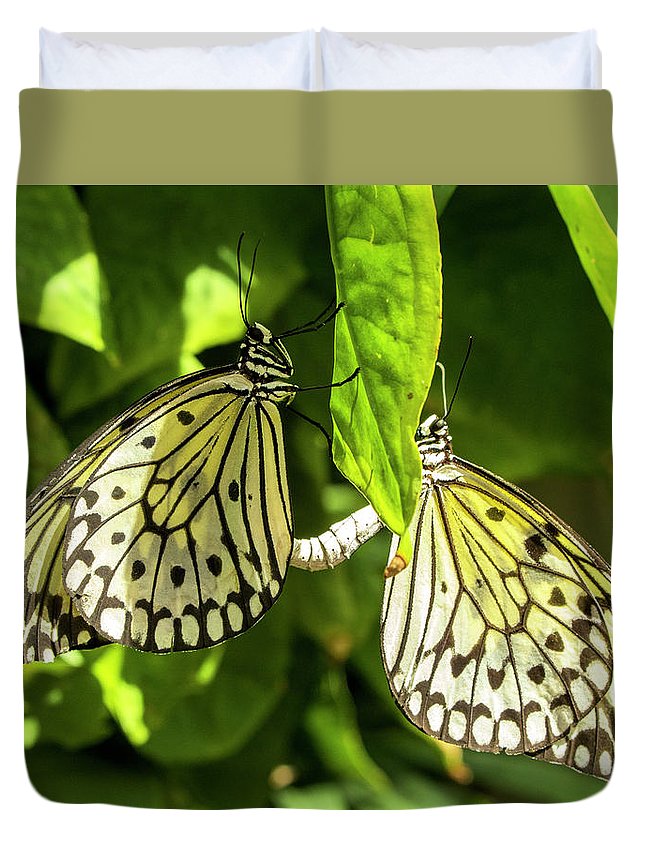 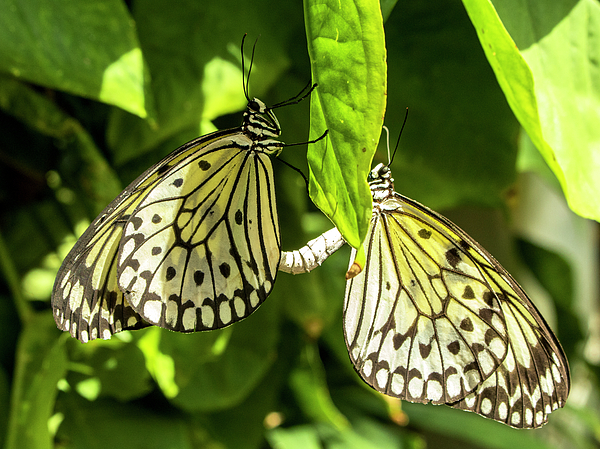 Queen duvet cover (88" x 88") featuring the image "Mating Rituals" by Holly Ross. Our soft microfiber duvet covers are hand sewn and include a hidden zipper for easy washing and assembly. Your selected image is printed on the top surface with a soft white surface underneath. All duvet covers are machine washable with cold water and a mild detergent.

It isn't often that you encounter an image such as this. These are mating paper lace butterflies at the Sophia Sachs Butterfly House in Chesterfield,... more

It isn't often that you encounter an image such as this. These are mating paper lace butterflies at the Sophia Sachs Butterfly House in Chesterfield, MO, just outside St. Louis. (c) Copyright Holly Ross 2016