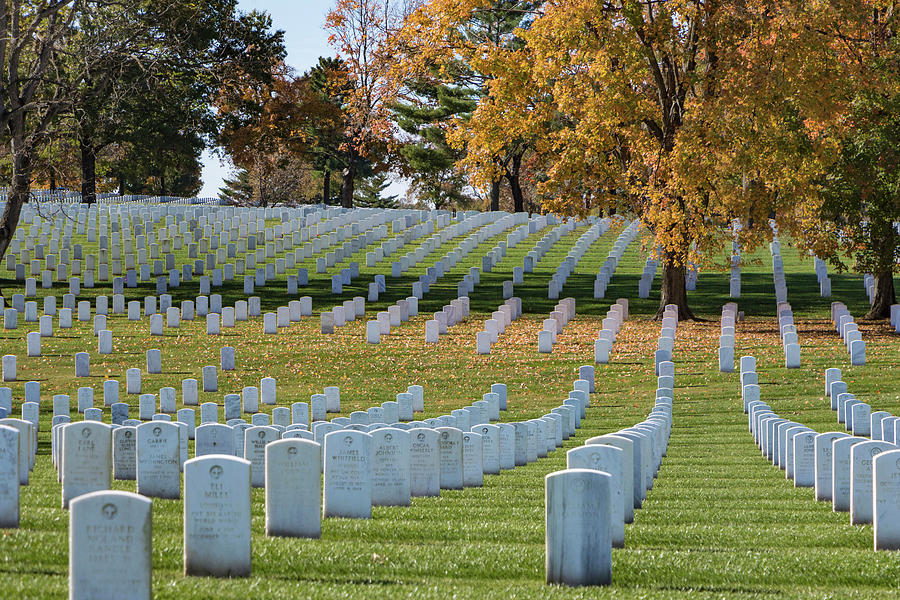 The enormity was astounding; hill after hill of white headstones... Let me just say that my friend and I covered only a small fraction of the cemetery where so many courageous men and women are buried. We saw graves sites dating back to the Civil War - Confederate and Union headstones almost side-by-side - and a number of Civil War refugees. We saw headstones of those who fought in the Spanish American War up through World War II. And, as noted, we only covered a fraction of the land. I hope that my photos do their resting place justice.